I’ve been looking forward to this week all summer as Martin had booked it off as holiday! I tried to balance it between giving him some “me time” and doing things as a family.

Today we went to a place called Wroxham Barns – you can read all about our trip here!

After a busy day out yesterday, I was pretty knackered! We wandered into town and bought Lily’s new school bag and lunch box. I was trying to be a little organised and buy some winter school boots ready for the cold and wet weather as we walk to school, but seeing as it’s still summer there isn’t much variety out right now!
We had a late lunch and stopped off at Burger King and headed home. At home martin (and kind of me…) had a major spring clean of the house. He did a pretty spectacular job!

Martin also taught William how to climb the “big jungle gym” – which before I could let him run around outside in the garden and poke my head out every couple of minutes if I was cooking dinner as he was happy playing with his toddler slide (which I purposefully placed in eye view from the door) or in his cosy coupe car – but now it’s a case of being on guard to make sure he doesn’t fall off the blooming jungle gym! You can watch it here.
William refused a nap all day, so at 6pm I bathed him and put him to bed with a big 9oz bottle – he managed 4 before falling asleep! I also bathed Lily later and sent her up for an early (earlier than what she’s been going!) bed.

Initially I wanted to go out again today and go somewhere as a family, but we had a lazy morning instead! We took the kids out to a local cafe for lunch which was yummy!
After lunch, we popped in to se wig nanny was free but unfortunately for us she was busy with work! Martin then played a game with Lily of “left or right” where she chose which way we drove. Initially I was confused, until I turned round and saw that William had fallen asleep! So we decided to drive out to see grandad at his wood yard where he works! William and I stayed in the car whilst martin and Lily went to say hello to grandad! (Typically it started to spit too!)

After saying hello to Grandad, we drove to my mums and stopped off for a cuppa tea – and conveniently left the kids there for a sleepover too! (It’s okay, we planned it really!) so Martin and I came home, had a quick tidy around of the house and then nerded out and played World of Warcraft together, and watched The Shawshank Redemption (which was the first time I’ve watched it all the way through!)

No kids = a lay in! Amazing. We rolled out of bed at 11 and lolled about the house for the rest of the (late) morning.
Martins friend popped round to say hello, and we went for a drive in his new car. Later on we then went to pick the kids up from grandmas. They’d been to town today, and Lily picked out her new school shoes (and a headband?? That wasn’t on the list! Grandparents hey..!)

At home the kids played outside again for a bit (of course on the big jungle gym…) and Lily came in to watch Minions. I took this opportunity to get her to try on her school uniform altogether to make sure everything fit! – the cardigans are a little large…but she’ll grow into them!

My sister Rhiannon came round quickly to collect some (lots) of bags of baby clothes I didn’t want/need and take them to her friend who gives them to families who are hard up and/or can’t afford a lot. I was given nearly all of the clothes so I thought it was only fair I passed them on!
The kids then went to bed and martin and I played a bit more WoW.

Today, being the organised woman knew that Lily had a birthday party to go to – but I had forgotten to buy a present for the birthday boy! So we got up, dressed and into town first thing! I then also realised that we hadn’t bought my brother-in-law a birthday present either, or Nanny a birthday card! (goodness, August gets busy very quick towards the end for us!) So Martin popped to work to say hello, and the kids and I went on a mission to find birthday cards and presents for everyone! I was even prepared enough to bring scissors and sellotape from home to wrap Lily’s friends present up with!

After a bit (a lot) of faffing around town, we picked cards and presents for everyone and headed off to the party! We got there a few minutes early so that I could wrap the present. I was really chuffed with myself for being *this prepared – and then a realisation dawned on me…I didn’t buy any wrapping paper…FML. Nor did I buy or receive a bag from the store I bought the present from! Becky: 0 Baby Brain: 1.

Martin drove off to his mums whilst I took the kids in to the party, and I explained my ridiculous story to the parents who found it pretty hilarious too and popped the presents in a bag they’d brought with them *phew!* They all had a great time, there was a fancy dress section where their photos were taken ‘professionally’ (hence the photos ^ the props were worn all afternoon!) and much to my joy there was a balloon entertainer…-shudder- I really detest balloons. I secretly hoped the kids’ balloons would pop before they had to come home (and they did! I felt kinda bad afterwards…) and at the end of the party the few remaining kids were let loose on the roaming balloons and were instructed to pop them too! I’m surprised I didn’t go into early labour!

Once the party was over we then went round to Nanny’s and as it was such a lovely day, the paddling pool came out and the kids had a splashing time! (see what I did there?) Nanny had also decided she’d put on a BBQ, and invited Uncle Scott and his family round too! – Naturally, after the niceness of letting the kids play in the pool and dinner, the bigger kids had to play in the pool too! – or rather, wrestle each other in unwillingly…After warming the kids up in a bath, Martin and I took William home to bed and let Lily stay and play with her cousin Ella a little longer.

Today, we were off to Hatfield to celebrate my brother-in-laws birthday with a BBQ. Martin had already planned and booked to go paintballing with his friends, so I made arrangements for the kids and I to get a lift with my other sister. William went with Grandma and Grandpa as space would’ve been tight in their car as they were also taking my nephew Ethan. On the way down, we played I-Spy and nibbled through Maoams – which only had ONE cherry flavoured one in the bag! Outrage! (and rather hilariously, my sister ate it because she could see how much Ian wanted it and thought she’d be funny and eat it instead…It was a heartbreak for Ian when the news broke there weren’t any more cherry ones!) We also went through a tunnels and played “hold your breath until you’re out of the tunnel”

We arrived at my sister Lotties house – which was also rather exciting as they’ve just moved in last week! We were all given the grand tour and then all congregated outside in the glorious (too glorious) weather. It was grey and miserable when we left home, so naturally I plonked myself and the kids in long trousers/tops and cardigans. Naturally, they all ended up semi or almost completely naked except for knickers and nappies. (And I remembered sun cream! Screw you baby brain!!) The BBQ was delicious, and the kids had great fun tearing up and down the garden and enjoying everyone’s company. I on the other hand, was slightly dying in the heat and poor choice of clothing I’d picked for myself. Now usually, my sister Lottie and I are at completely different spectrums of clothing sizes, she’s small and skinny and I’m, well…not. But thankfully she had some bigger clothing that actually (kinda) fit me! Hallelujah! Lesson learned from this, take a change of clothing for me and the kids.

After presents and cake, we headed home. It was a quiet ride on Lily’s behalf, she slept almost the whole way home!

With Martin having gone paintballing yesterday, I purposefully left today out for planning to do anything as I knew he’d be cream crackered from running around and getting hit with paint balls! Alongside the long car journey we had yesterday, I felt today was a much deserved slob day at home. The kids roamed in and out of the garden, with William still very much enjoying his new found skill of climbing the jungle gym. We left Netflix on with films running throughout the day and just enjoyed doing bugger all.

With one last week to go, are you all ready to go back to school? I think we are…We’ll see next Wednesday! hah… As always, catch up on last week’s roundup here! 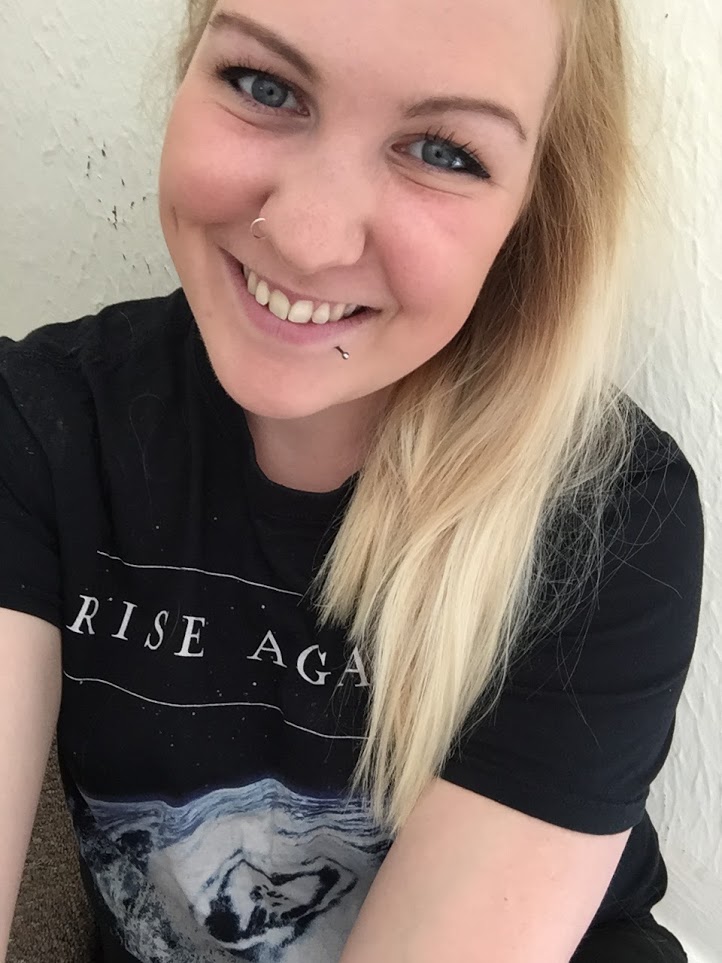 Hello! I'm Becky, a newcomer to the blogosphere. I blog about my family and the kids. I'm a Norfolk mum of three, a step-mum and a loving partner. I love a good natter over tea and biscuits (Rich Tea or Chocolate Bourbons.)